Hey guys sorry for taking all day to write this blog, been a very long and crazy day! Also before I start, the blog is going to be posted every Friday. If you guys want more frequent blogs, please let me know and I will try my hardest to make it happen!

So todays blog we are featuring the Illusione Rothchildes. This sticks name pops up quite a bit on reddit and other forums whenever people are asking for a decent budget stick and so it was time to give it a try. It cost $5.50 at the local B&M and it is a San Andreas wrapper with a Nicaraguan filler and binder. My initial thoughts on this particular cigar was that the construction was very nice! Minimal veins from the wrapper if any at all and the smell of it was nice and earthy. It was a wonderful day outside too, unlike today unfortunately.

First third – So right off the bat, leather was the very first note picked up from this cigar and boy was it prominent. The leather was so strong that it had tasted as if I walked into a leather store and just inhaled thru the mouth like a vacuum. As the cigar started to burn, floral notes and white pepper started to become more noticeable. The closer to the second third I started to pick up another flavor that I couldn’t quite put my finger on… 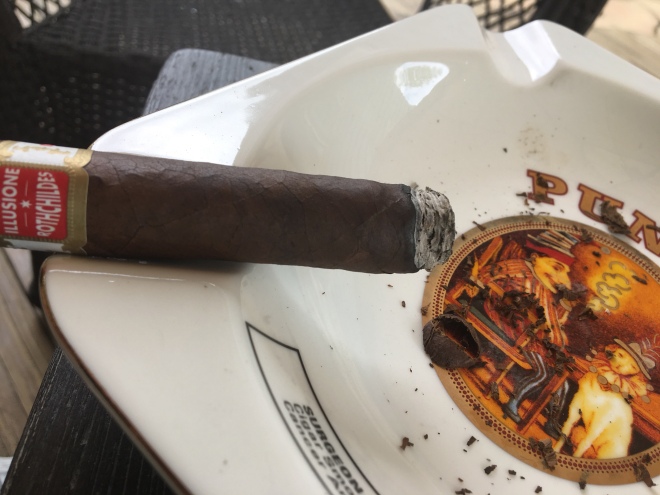 Second third – Cedar! It was cedar that I was tasting and boy was it good. Cedar is such a nice smell and taste, it just comes off as clean and crisp. The cedar had a slight char flavor too it which was nice as well! The white pepper definitely started to become more of a spicier black pepper. Still had notes of leather but not as strong anymore. The black pepper became a bit too harsh for me so I decided to go grab a 21st Amendment Brewery IPA which helped bring back some of the floral notes that I was enjoying in the first third as the IPA itself has a really nice crisp floral and hoppy flavor to it. 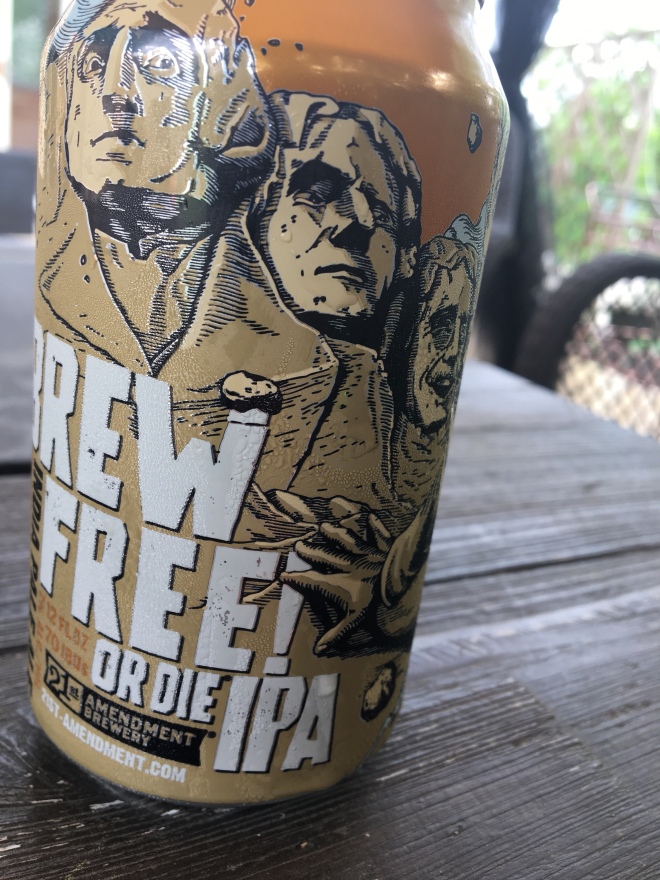 Final third – I want to say that I really enjoyed the final third, but unfortunately as the beer ran dry, the flavor went back to an overwhelming black pepper again which is not a favorite flavor of mine. About halfway through the final third it was smashed into the ash tray never to be smoked again.

I have to say, the aroma of the cigar was quite nice. The smoke itself was kind of harsh on the back of my throat but it could have been me smoking it to fast.. The cut was just a straight guillotine cut again which gave it a nice open draw. Nicotine content felt rather high in this cigar, kind of gave me a bit of a head change (I’m sure the beer helped that, lol). All in all I give it a 3.75/5 leaves, well priced and a decent enough cigar. Until next time!

Hey, my name is Zack and I like to smoke cigars! They have been a passion of mine for a little over a year now. I decided that it would make this hobby even more fun if I wrote about my experiences. Enjoy! View all posts by zackstobaccoblog